Figure 1 shows the accumulation of votes over thirteen days of counting. It also shows the ballots that vote for neither candidate or for both. 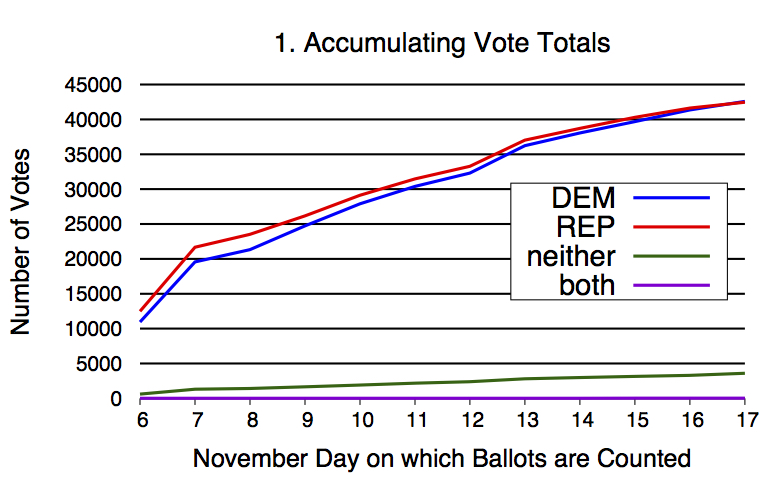 What happened is explained by the votes counted per day, in Figure 2, and the source of those ballots, see Figure 3. 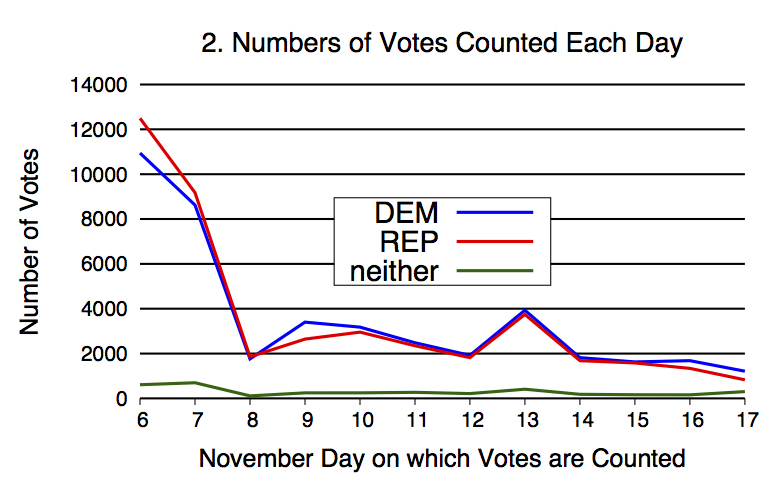 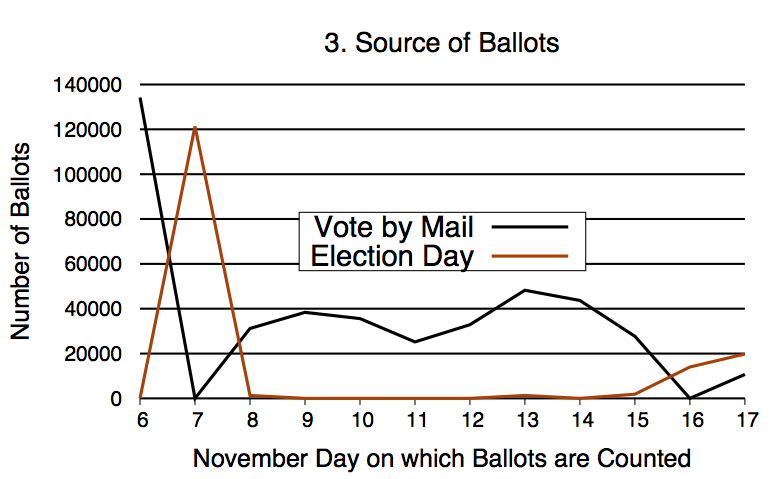 Republicans have an initial advantage because they are thought to prefer voting early or at the polls. All votes reported on election day, November 6, are from those early mail-in ballots. Ballots scanned at the polls are reported in the early hours of the next day, November 7. Republicans are ahead after these two days. They have a reprieve on November 8 when some remaining early mail-in ballots are counted. After that, the Republican percentage steadily declines because Democrats are thought to prefer mailing ballots late.

There are some mysteries in the late mail-in ballots, see Figure 2. Republicans lost because of a surge in Democrat votes on three days: November 9, 16 and 17. I have no explanation for the surge on November 9.

On November 12 the Registrar of Voters told representatives of both candidates that his staff had finished processing ballots for District 16. I do not know why votes continue to be added thereafter. 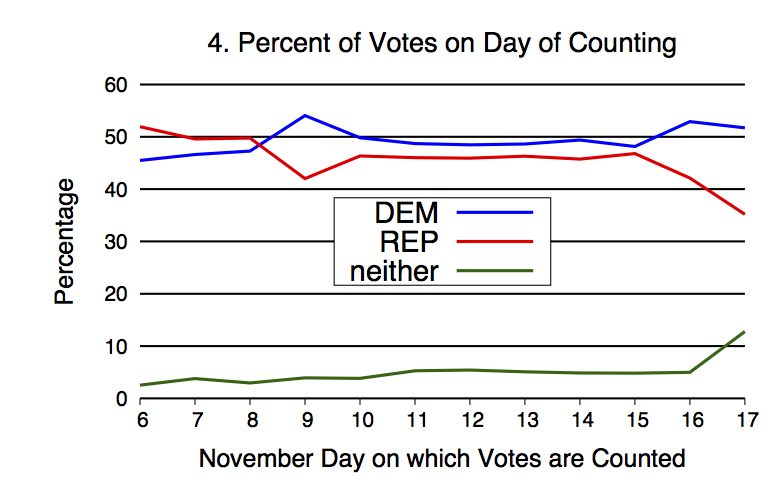 If votes from provisional ballots had the same distribution as in the election overall, then the Republican would have kept a slight lead.

What do you think?