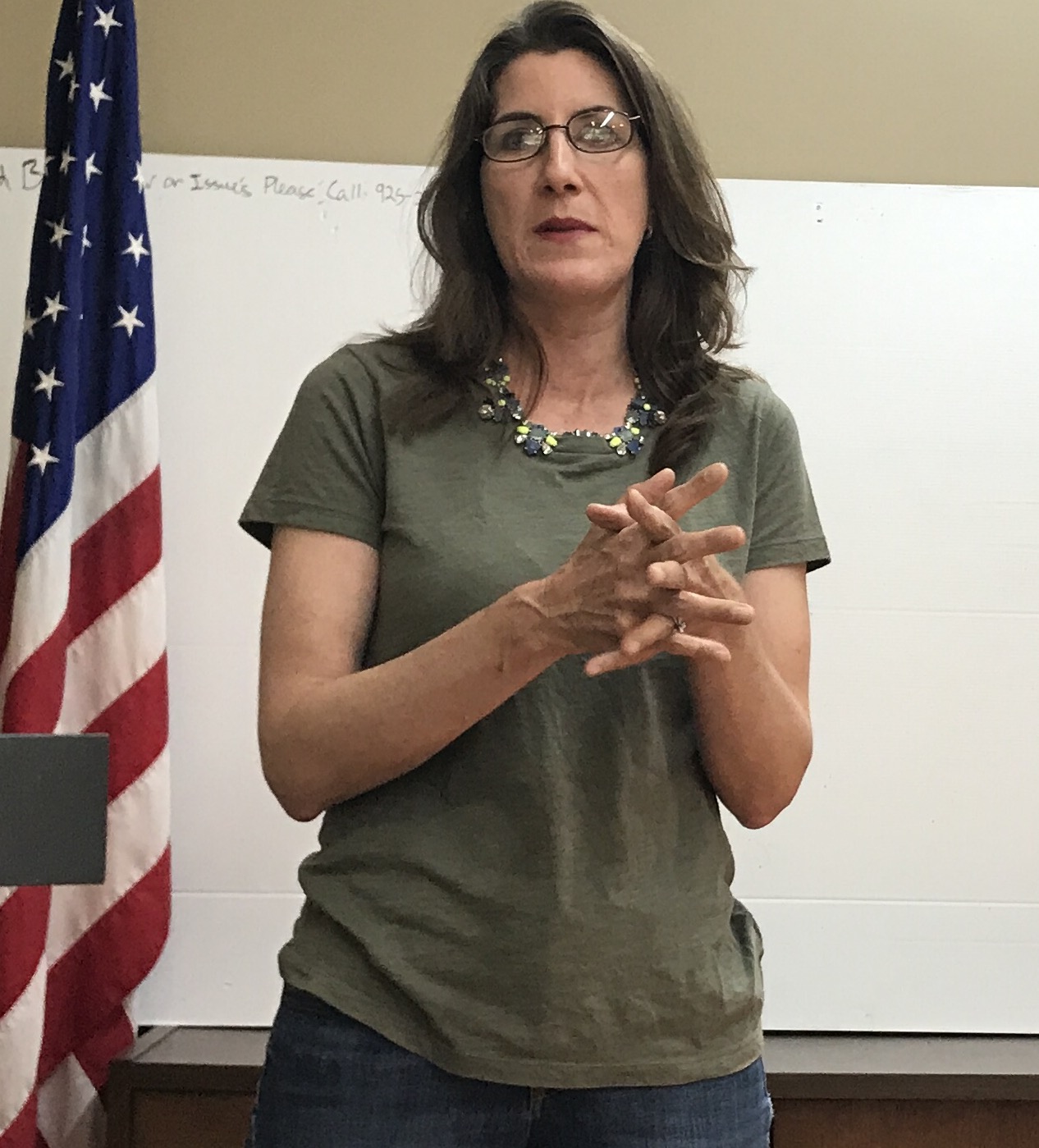 Tri-Valley Assemblywoman Catharine Baker spoke at last night's Alameda County Central Committee Meeting to discuss her vote for the Cap and Trade Bill and why she felt it was an important compromise "to protect real people, real businesses, and real jobs, [click continue reading for more]

which would have been hurt by the alternatives." Primary reasons she supported the Bill include some of the following:

-$18B in tax cuts including the repeal of an illegal rural fire prevention tax, repeal of a sales and use tax for manufacturing until 2030 and extending rebates to consumers.

-Maintains options for market-based solutions rather than allowing command and control solutions from an un-elected board staffed by the Governor's political appointees.

-With the Constitutional Amendment, the Bill prevents revenue from being spent on High Speed Rail without 2/3 vote in 2024, will prevent the possible issuance of Bonds for funding High Speed Rail in the interim.

-Sets a maximum ceiling on pricing for emissions permits which would help guard against pricing spikes that could occur during times of uncertainty.

Baker spoke for about 40 minutes on the matter and answered questions from the audience. She stated that manufacturing businesses are deciding now whether they are staying or leaving California. She wants to protect jobs, increase accountability and seeks compromise on issues that matter to all of her constituents.